Robin Matte, aka “Big Sis”, was a beloved part of Auction Hunters, but that was just part of her identity. She was also the real-life big sister to her family, and I had the pleasure of speaking with one of her siblings, Lucinda Bennett, to clear the air about Big Sis and give some closure to the fans wondering how Robin Matte died.

Robin was the oldest of four girls. She and her younger sisters Montessa, Lucinda and Fallon were raised by their grandmother. They also have a surviving brother, Robert. Growing up in Milwaukee, it became clear at an early age that Robin was meant for the spotlight. She had an interest in acting and drama throughout her life. “She was always in talent shows,” Lucinda told me. “She always knew she would be a star. You always say that, but people never really think it’s going to happen. Well, she made that happen.”

A curve-ball was thrown at Robin Matte when she was 26: She was diagnosed with stage four ovarian cancer and given just a few years to live.

“She knew tomorrow wasn’t promised to her,” Lucinda told me. “So she had to do something today.”

That was 11 years ago, and Robin resolved to go out and pursue her dreams. Her quest took her to Hollywood, where she found a production agent and started getting spots in music videos, Operation Repo, and then, of course, Auction Hunters.

I asked Lucinda: The Big Sis we saw on TV, was that really the real Robin?

She assured me it was. “Big Sis” was a character that she portrayed on Auction Hunters, but she was still being herself. She was our big sis, and everyone’s big sis. And she was in a professional setting. So she was on Auction Hunters exactly the way she would be in real life. It was very easy for her.”

Robin’s last days were spent surrounded by her sisters. When she bowed out of Auction Hunters in March of 2014, it was because the cancer had come back aggressively. At the time, she was given three months to live, and she wanted to return to Milwaukee and spend time with her home and family there.

It was a scary time for the sisters, but it was also a time of joy for them to be together – especially for Robin, who Lucinda says had a smile on her face and a joke ready right up to the very end. “There she is in the hospital, still joking, still full of life, still laughing,” Lucinda recalled. “She was a comedian, she was a jokester.”

Through the years, her cancer stayed mostly in remission, although she did sometimes need to take chemotherapy treatments to keep it at bay. According to Lucinda, most people never knew about these struggles: “We knew, but outsiders did not know and you could not tell from looking at Robin that she had cancer because she refused to be treated like a cancer patient. She did not want that because she did not want to let that stop her.”

According to Lucinda, that was the reason they kept the cause of death quiet in the wake of Robin’s passing – Robin had a timeline in mind for revealing that she struggled with cancer, and her family chose to respect her wishes.

They also had not expected the massive reaction from fans, with people as far away as The Netherlands posting comments on the funeral home’s guest book, and with a ton of people attending the memorial service as well: “The funeral home was ridiculous. We had to cut people short — so many stories. It was filled to capacity. People were standing up. It was ridiculous and breathtaking. It was amazing.”

“I’m thankful that her fans love her, and they miss her,” Lucinda told me. “I’m thankful that they care enough to feel an emotion for her.” But even so, the outpouring of support – and speculation – was overwhelming for a family still trying to process its grief.

Rumors of suicide were common among fans looking for an answer, and once a rumor gets started on the Internet, it can be hard to stamp it out or even get back to its source. It was important to Lucinda to reach out to us to set the record straight. She told me, of the first time she came across a post suggesting suicide, “I broke out in hives that night. Seeing stuff like she committed suicide was like a smack in the face because she loved life too much.” 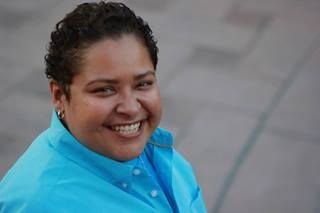 The situation reminds us of many important things: The way information can take on a life of its own on the Internet, the way celebrities and their families are forced to balance their public and
private lives, and the way that we should all be careful with making guesses. More than anything, though, talking to Lucinda underlined for me what we should all remember out of this: Robin Matte was a great person, loved by many and a true inspiration.

“That’s why it’s like destiny that she’s remembered as Big Sis,” Lucinda told me. “That’s who she was, she was everybody’s big sis. Because of Auction Hunters, she will live forever on the internet. You can look her up, she’s alive, she’s happy, she’s full of life, and I’m so thankful for that.”

Rest in peace, Robin, and thank you again to Lucinda for reaching out to us.

Let us know how you are remembering Robin in the comments below.

I only just watched the episode here in New Zealand and learned about Big sis,may you rest in peace lots of Aroha.

So sorry to hear big sis died we have just got the new episodes here in Australia .when I saw the in memory of I was shocked as I loved her happy go lucky attitude of n the show. I know what cancer can be like ke and how it takes its tole on other family members as I have a friend how’s husband just died after months of fighting cancer so my heart goes out to her family.

Cancer is very hard to deal with. It is a shame to see it take another good soul!

R.I.P. for sure! Thanks for the memories!

I am a fan of Auction Hunters. I follow the program from Italy, and when I saw the episode in memory of Big Sis it was terrible. I tried on the internet to find out what had happened. I’m very sorry for her death, but proud of her strength to live and here struggle. R.I.P. Big Sis. We love ❤

tragic and just not fair, far too young. Rip

So sorry to hear about big sis, just watched the episode in Scotland. She was such a presence on screen, and will be missed.

Rip big sis,your missed so much
brett from bristol

So sorry to hear of the passing of Big Sis,will miss her very much,she was a beacon of light and bubbliness,she is sadly missed by many.
Commiserations to family and friends.
R.I,P. Robin,sleep well and God bless.xxx

I’ve just seen the ‘in memorium’ on the end of the first show of the new series here in the UK. Shocked, saddened and more importantly awed by the way Robin dealt with her condition. My partner had Stage 3 cancer last year, but fortunately she is still with me. hearing this news brought me to tears once more. I loved Robins role in the show and had hoped she would make a return some time in the future. Alas this is not to be, but thank you for your entertainment. You will be sadly missed. God rest your soul Robin.